The Methodist Hospital takes center stage nationally with the first live surgery broadcast and internationally with prominent patients from Belgium and United Kingdom. 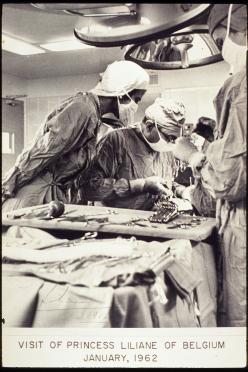 Princess Lilian’s son is diagnosed with a congenital heart malformation and is advised by doctors to travel to the United States for surgery. After the success of her son’s surgery, she makes it her mission to bring to aid to others in Belgium with cardiovascular disease. To obtain funding, she reaches out to DeBakey to help her craft a proposal to establish the Princess Lilian Foundation for Cardiological Research, which funds patients’ travel and medical expenses. 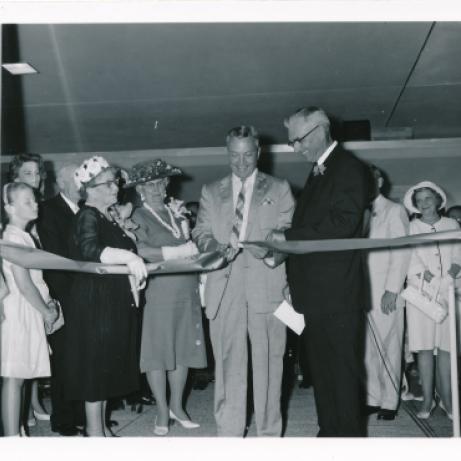 Almost overnight, The Methodist Hospital emerges as a leading institution in the Texas Medical Center. Even after the Main Building is completed, administrators are forced to turn away patients on a daily basis. They decide to commission a new wing that will double
the hospital’s capacity to 800 beds. The new West Wing opens in 1963 and is operating at
94.7% within one year, reinforcing the need to continue expanding. 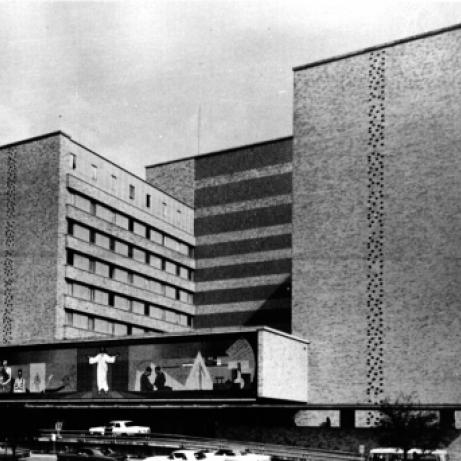 The Arms of Christ mural is unveiled, welcoming patients to the hospital with a depiction of faith-based care. Measuring 96 feet by 16 feet, the mural titled“The Extending Arms of Christ,” is designed and created by artist Bruce Hayes in Italy. It contains 1.5 million mosaic tiles and depicts the role of faith in bringing about the future of medicine. At the center, Christ stands before the Wiess Memorial Chapel. To the left, the past is represented by Hippocrates, Galen and Florence Nightingale, while on the right, the viewer sees a metaphor for the future: beakers, microscopes, chemists and surgeons at work. The mural has since been relocated to the Barbara and President George H.W. Bush Atrium in the Walter Tower. 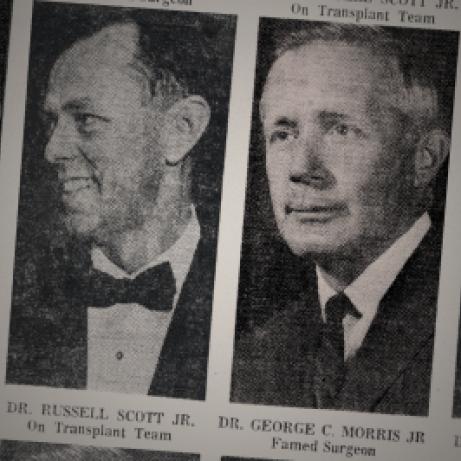 Two surgeons, Dr. Russell Scott Jr. and Dr. George C. Morris Jr.,perform the first kidney transplant in Texas after enormous planning efforts. Prior to the operation, the surgical team visits centers specializing in organ transplantation and appoints a large scientific selection committee. The study of kidneys comes into its own at this time and surgeries like this represent a leap forward in kidney medicine overall. The administration at Methodist aggressively seeks to build the kidney program, knowing how many lives it could potentially save. 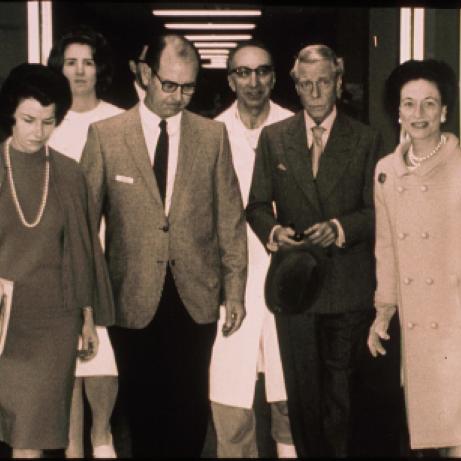 The Duke of Windsor arrives in Houston for a surgery that captures the attention of global media outlets. The son of King George V and Queen Mary and his American wife, Wallis Simpson, arrive after he is diagnosed with an aneurysm, a ballooned artery in his abdomen, and referred to Dr. Michael E. DeBakey, who removes the diseased section of the artery and replaces it with a length of Dacron tubing. 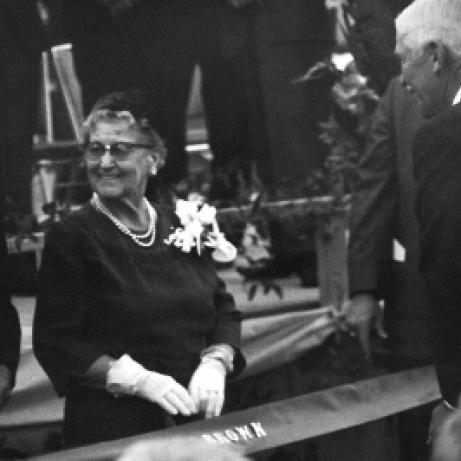 Ambitious philanthropists Ella Fondren and George R. Brown create the Cardiovascular and Orthopedic Research Center. The $8.5 million Fondren-Brown Cardiovascular and Orthopedic Research Center is borne of Fondren’s vision for a clinical research facility to advance the treatment of birth deformities, crippling injuries and orthopedic procedures, and Brown’s vision for a cardiovascular center for research and clinical care related to the heart and blood vessels, kidney disorders, hypertension and stroke. The center is outfitted with special facilities to support myriad organ transplantation programs and laboratories designed to facilitate the creation of the mechanical heart.In addition to the Fondren Foundation’s and the Brown Foundation’s gift, the building received contributions from Mr. and Mrs. Edgar Brown and the DeBakey Foundation, as well as $1,960,000 from the National Institutes of Health. 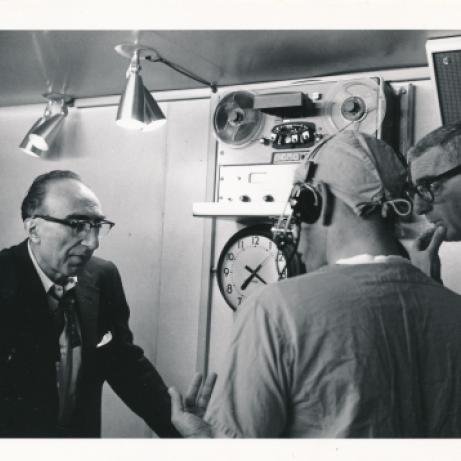 On May 2, Dr. Michael DeBakey makes television history with the first live television broadcast surgery on all three national networks, and simultaneously around the world via the Early Bird satellite. The world watches in awe as he inserts an artificial aortic valve into a patient’s heart in a Fondren-Brown operating room at The Methodist Hospital.

The operation requires five surgical teams comprised of 70 doctors, nurses and technicians to transplant the heart, lungs and kidneys of one donor into four men. The transplants are made possible by a program that seeks to utilize as many organs as possible from individual donors. This operation is Methodist’s and Dr. Michael E. DeBakey’s first heart transplant. The lung transplant is the first in Houston and sixth in the world. The kidney transplants are the 19th and 20th performed at Methodist.