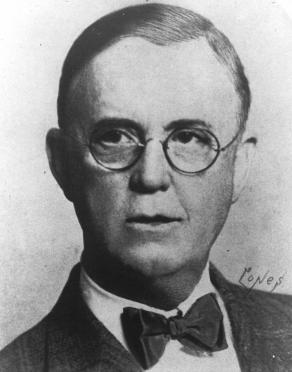 Dr. Oscar L. Norsworthy transfers his reputable Norsworthy Hospital to the Methodist Episcopal Church, South. The 4-story hospital located on the corner of San Jacinto and Rosalie, near Downtown is formally chartered as The Methodist Hospital. Methodism is the leading denomination across the nation and in Houston at the time. The original Norsworthy Hospital continues to operate while construction of a new building is underway and Norsworthy remains on staff to oversee the transition.

1919: The Methodist Hospital Board

Walter Fondren, one of the founders of Humble Oil (ExxonMobil), joins the hospital’s board of trustees as its 20th member. His family will become a driving force in the expansion of The Methodist Hospital over the next century. Other notable inaugural members include James A. Elkins, senior partner of one of the nation’s largest law firms;John T. Scott, president of First National Bank;Samuel Fain Carter, founder of a timber dynasty;Robert L. Cole and Robert W. Adams.

Dr. Charles C. Green performed some of the first blood transfusions in Houston. In the 20s, a blood transfusion procedure consists of a doctor drawing blood from a
donor and transferring it to a patient using a syringe. These are performed only as a last resort because the process is difficult and dangerous, and little is known about blood typing at the time. Green and another doctor, Dr. Ghent Graves, lead the hospital in the early 20s; the hospital is informally known as the “Green-Graves Hospital” for a time. 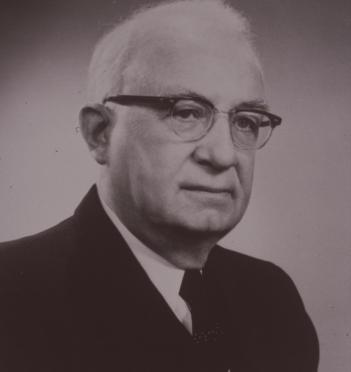 Rev. A. Frank Smith, pastor of First Methodist Church, organizes the Blue Bird Circle when 15 women approach him with the desire to help a local cause. He would later become bishop and the eponym of Smith Tower, along with his wife. His efforts make the First Methodist Church in Houston one of the strongest and largest in the south. 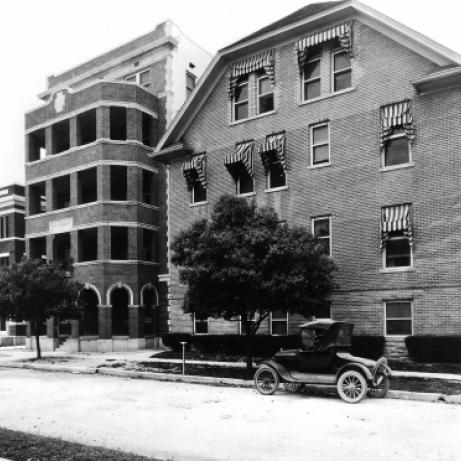 The Methodist Hospital expands its footprint, adding another 72 beds in a 5-story facility located directly behind the original Norsworthy Hospital The Methodist Hospital’s new building, located next to the original Norsworthy property, opens to the public and an additional 72 beds become available. The Houston Post reports it is “so comfortably furnished, it would be a pleasure to be sick here.” 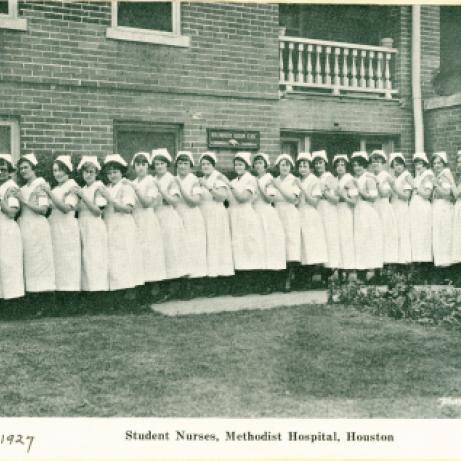 First class of students graduate from The Methodist Hospital’s School of Nursing. As the number of hospitals grows around the country, the demand for graduate nurses increases. Nursing schools offer young women an opportunity to enter a profession and provide hospitals with a necessary labor force. The Methodist Hospital nursing school opened on Sept. 15 with eight students, five of whom complete the 3-year program in 1927. The program ran from 1924 to 1961. 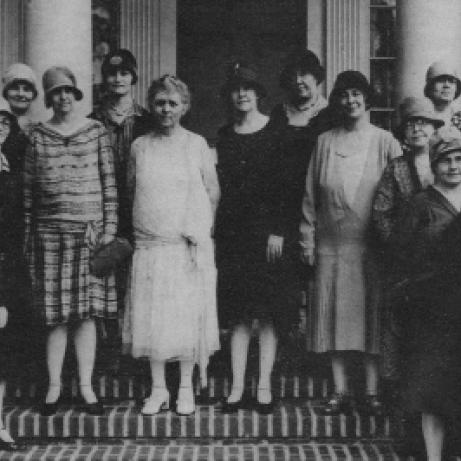 1928: Volunteering Around the Area

The Women’s Auxiliary to The Methodist Hospital begins a 100-year tradition of volunteer service. The Women’s Auxiliary, set up by Laura Ghent Graves,reaches 598 members in its first year. The auxiliary’s purpose is to raise money for the hospital and provide essential services to enhance the spirit of the hospital. Graves, the wife of The Methodist Hospital’s chief of medicine,hosts auxiliary meetings at her home.